OAKEYLIFE program on the Kick-off meeting

The opening conference of the LIFE+ projects was held between 17-19th October in 2017 in Brussel. The yearly held Kick-off meeting was organised by the Environmental Directorate of the EU, EASME and NEEMO.

Our project was represented by PhD Gábor Bárány, project manager from KEFAG Zrt. and PhD Csaba Vadász, project coordinator from KNPD. The participants of the LIFE+ projects had to send a four slide presentation about their own project to EASME. 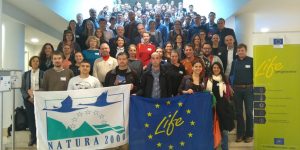 The event took place in the MCE Conference & Business Centre. After the registration and the welcome speech, the project presentations were held. The OAKEYLIFE project was put into the IV. Biodiversity strategy group with 8 other projects and the opportunity was given to everybody to introduce their own project. The group was guided by Ben Delbaere (NEEMO) and Anastasia Koutsolioutsou (EASME). Our project was presented by PhD Csaba Vadász.

After the presentations we listened to the presentation of the organisers and we could have a look at our own project from the point of view of repeatability and sustainability, which was very useful. It drew our attention on our possibilities and theories. 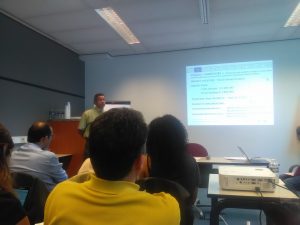 During the afternoon we could listen to different presentations given by the employees of the Environmental Directorate. After this we could exchange opinions and experiences freely with some of the participants of other projects and delegates of the EU offices.

On the second day of the conference we could listen to some really useful presentations which dealt with some of the practical elements of the execution of the projects. It was about challenges, the possibilities, the formal requirements and the content of the reports, the importance of project communication in connection with certain actions and their realisation.

All in all, the Kick-off meeting was very useful for everybody as it gave the participants the opportunity to exchange experience, get a line on with those steps which will be very useful later and we also could ask those people for their opinion who had already taken part in project execution. 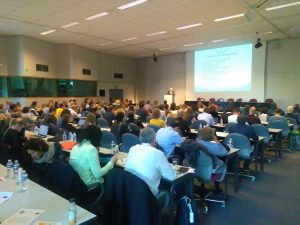