The Argiope lobata spider is not to be confused with any other European spider species due to its special lobes of the female abdomen.

The abdomen of tiny males compared to females is longish and has no trace of lobes.

The domestic habitats of the Argiope lobata are open sand steppe grasslands and sand steppe meadows. Among the Natura 2000 habitats, it can occur in the following areas: Pannonian sand grasslands; Pannonian sand juniper poplars, i.e. in several places in the Peszér-forest.

Sexually mature specimens can be seen in Hungary mainly in July and August.

Small, mating-seeking males carefully move into the female’s net, where mating takes place. The female also makes several lumps of eggs near her net after mating. The new dirty-white cocoons are attached to the plants with a number of threads, relatively tightly. Females die after laying eggs.

At the end of April and in the first half of May, young spiders up to 2-3 millimeters hive off from the cocoons that were laid during August. 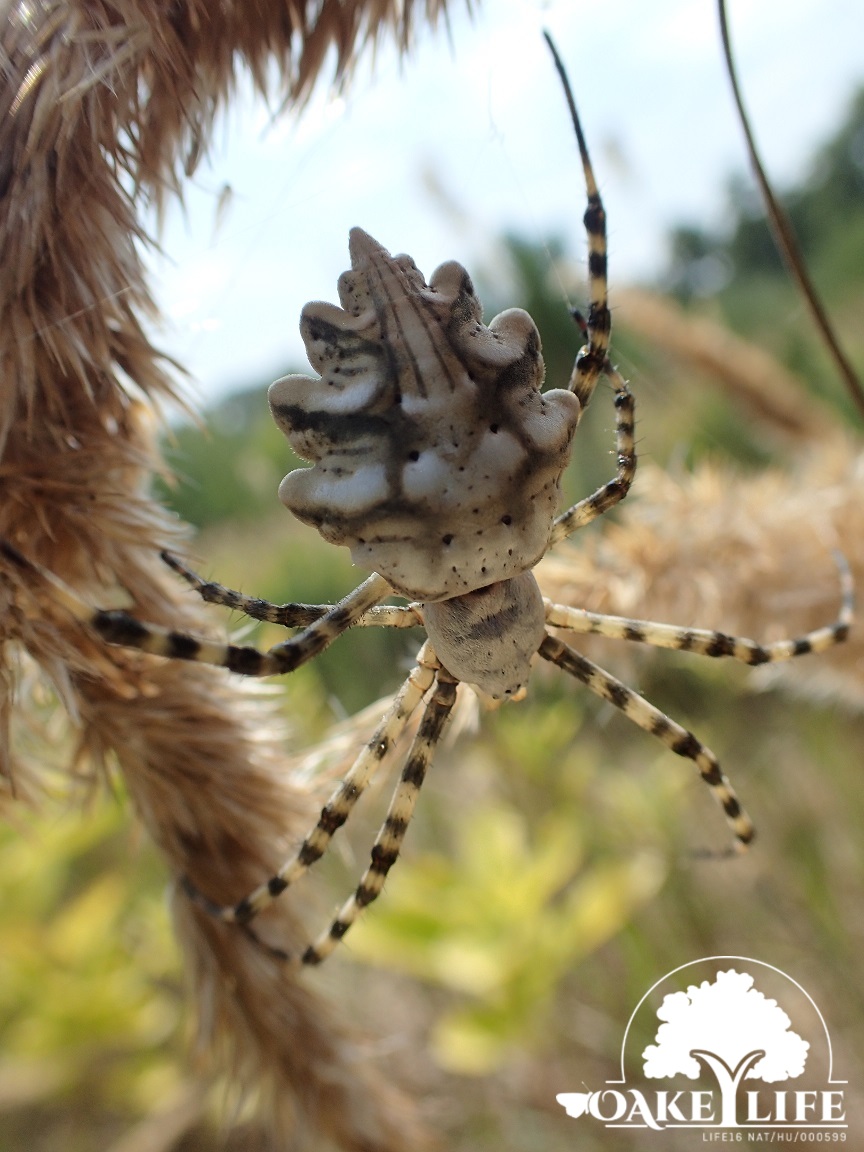